Visual representations of statistical data are attractive – and worth to build an own website with nothing but (info)graphs and maps … and more behind it!

‘The Office for National Statistics (ONS) is the UK’s largest independent producer of official statistics and is the recognised national statistical institute for the UK. Visual.ONS is a website exploring new approaches to making ONS statistics accessible and relevant to a wide public audience. The site supports the UK Statistic Authority’s publicly stated intention of “making data, statistics and analysis more accessible, engaging and easier to understand”.
The site will be a home to a variety of different content, including infographics, interactive visualisations and short analysis, exploring data from a range of ONS outputs. It is neither a replacement nor a rebuild of the current ONS website which continues to be the home of ONS’ regular outputs and statistics.’

So far the statement of ONS.

Behind the graphs you can find lots of interactive tools.
A calculator to find out life expectancy is one example:

Great! And the graphs and interactive tools can be embedded into other websites.

If there still had to be further proof needed that a picture may be worth more than a thousand words, here it is:

In cartography there has been a lot of attempts to educate about the true size of Africa, the Peters Projection is among the more commonly known. However that Peters map has alienated people as it is too far off of traditional viewing habits, dismisses the Mercator map for all the wrong reasons and – as this sentence shows – slips into map geekery all too easily.

So there is little left to say apart from the fact that I wish this work of statistical art a wide audience, something that has been greatly helped by Kai Krause’s decision to put in in the pblic domain. And speaking of public domain, what better way to share another related link than the View of the Earth as seen by the Apollo 17 crew traveling toward the moon.

I didn’t check the facts, it seems vaguely right to my geographical eye, but I have to admit that it floated by on the Twitter and hopefully it is more than some internet meme.

A recent project of The New York Times allows to ‘browse local data from the Census Bureau‘s American Community Survey, based on samples from 2005 to 2009’. It’s a great visual and interactive application designed by By MATTHEW BLOCH, SHAN CARTER and ALAN McLEAN.

Several topics and maps are available

and provide insights down to cities and blocks 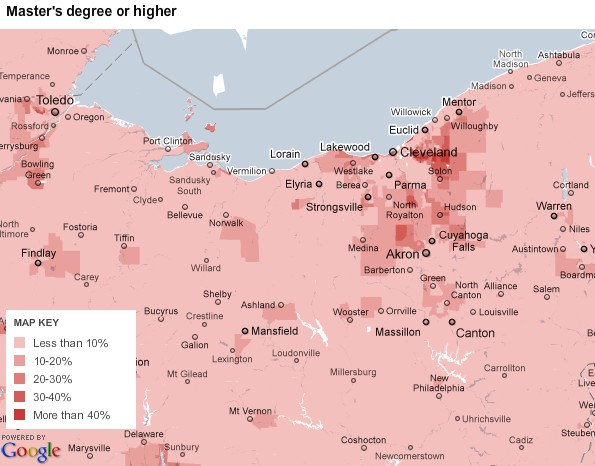 ‘Because these figures are based on samples, they are subject to a margin of error, particularly in places with a low population, and are best regarded as estimates.’

It’s like an app, a separate presentation not embedded into the navigation of the mother website. One single link only – behind the NSI logo – gives the context to the whole statistical content offered by Statistics Italia. I speak of … noi italia.

And it’s beautiful. A mix of static and dynamic (flash, delivered by NCVA) content, text (some call it storytelling) with interactive graphs and maps. .

With the same technology used by noi italia Statistics Sweden just launched its Statistikatlas and also some thematical visualisations or vislets integrated into the website. 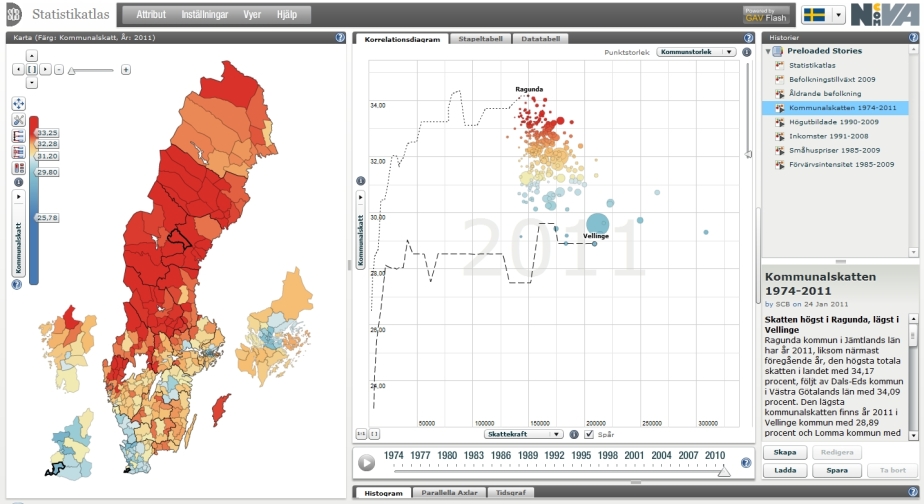 Compare i.e. with EUROSTATS Table Graph Maps application which has no texts or storytelling included. 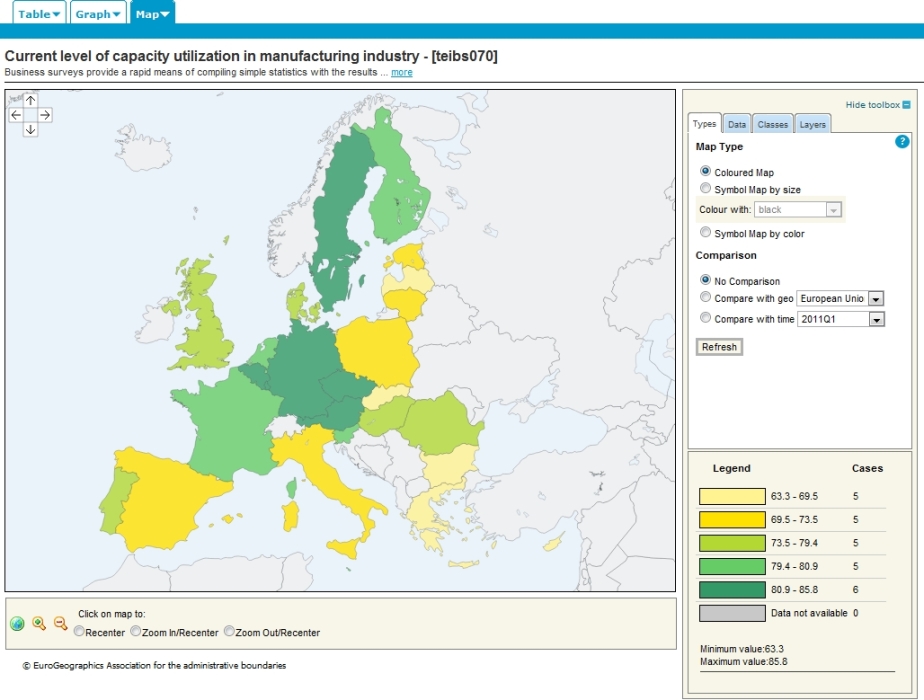