iPads (or any easily accessible device) with a dashboard application on it become more and more used tools (or Gadgets) for politicians. 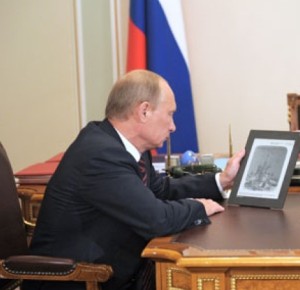 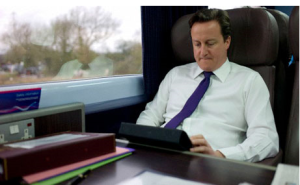 David Cameron is (perhaps) looking at the ‘new custom-built “No 10 dashboard” web app’. With a little help from National Statistics ..

‘The app is hosted by the Government Digital Service (GDS) inside the Cabinet Office, and consists of a number of onscreen tiles, each of which can be selected to show more detail. One shows the latest growth figures and the FTSE index; one shows the prime minister’s diary; one shows the content of a number of Twitter feeds, including the official No.10 feed; another shows the insights from a daily poll by the polling group YouGov; another shows property and jobs data supplied by Adzuna, a UK startup that provides inputs about the number of jobs which are then blended with data from the Office for National Statistics.
Another tile shows regional economic data, while a final tile tracks the progress of key government initiatives such as the structural reform plan – the coalition’s scheme to cut the deficit – and compares government spending against budget targets.’
Source: The Guardian

The dashboard idea is not a new one. Some (of much more) examples:

Statistics Switzerland‘s website provides a set of indicators  measuring progress on the road to sustainable development.

every Website of a statistical agency is more or less a dashboard for evidence-based decision making. See also OECD, IMF, World Bank … 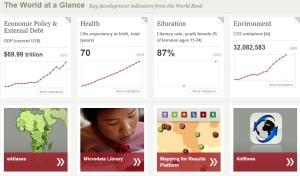 There are also lots of individually configurable Dashboards based on dedicated search. So:

trap!t, the sister company of Siri

etc and so on. Explore yourself!

.Is this a revival and a boost for evidence-based or data-based decision making?